I finally made a beautiful-looking loaf: 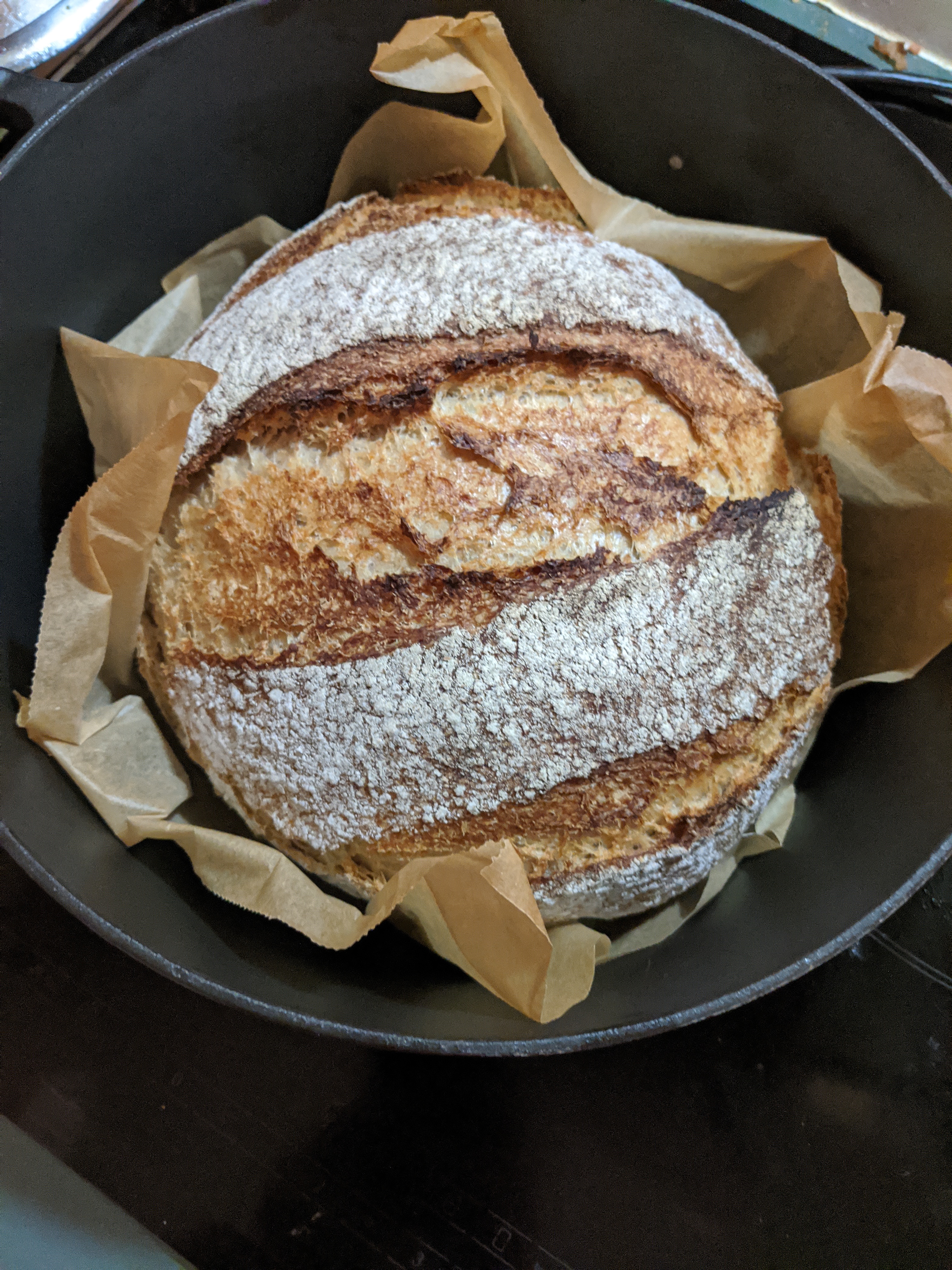 [Shown here: A sourdough loaf still in the Dutch oven. It has risen like an angel]

The downside is that it feels worryingly dense and I fear we will be making some very pretty bruchetta with it. Ah well. I did everything "wrong" but at least it looks like it turned out lovely.

I used up the last of the White Wings wholemeal flour making this, and this is a list of the things I did:

So by all accounts, I did everything wrong. We'll see if it turned out right later.

Or we'll have a LOT of bruchetta.

Either way, I don't think I'll be dividing my dough into two loaves without using bread pans. F that S. I've had enough of flatty loaves.

I've opened my last container of coconut milk this morning and I shall have to brave myself up to go get more. That's going to suck for me and I might need to hide in a pillowfort afterwards for like a fortnight.

Ugh, I hate this plague.

The news is full of idiocy, and Chaos is headed out to school tomorrow, and I am being a paranoid 'Nutter at all times. I do not want this plague to continue any longer and I especially don't want people to act like it's all over and start it up again.

I am so tired of bracing for the next impact.

She was heavy-set, had a constant cough, but otherwise was very quiet. The human that signed aboard the science…

I don't know if this even a thing in other parts of Earth, but in my country very popular…