Three new cases this morning, sixty total, fifty-seven in hospital and one in ICU. Which means that two of them are apparently waiting for the inevitable. Argh. At least they're all from other places and we don't need to worry until one of them escapes the security measures.

What the Germans probably have a word for is "the sensation that your life has become needlessly complicated". And to be honest, there's a definite sense of "the house that Jack built" to the procedures I have to undergo.

To assist in Miss Chaos' reception of the Disability Support Pension, I have to:

To get that entire ball rolling I have to... (gasp) make a phone call ::dramatic sting::

In order to get bathroom fixin' money, I need to:

...that lay in the house that Jack built.

For that latter list, at least, I can present a quest item: 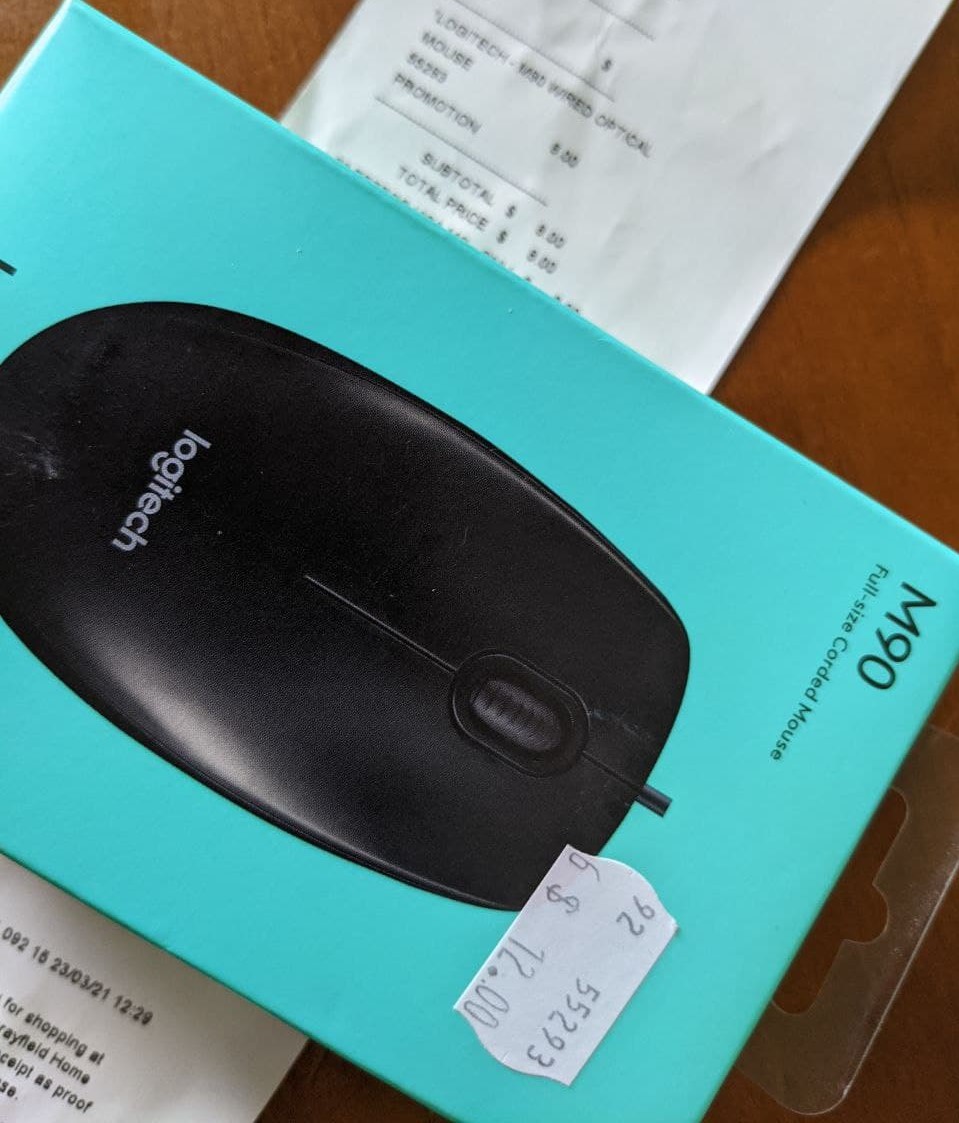 [Shown here: a cheap corded mouse with a sales sticker for $12, but a receipt showing the price as $8. I fully expected to pay $20 for this thing]

Behold - the ludicrously cheap corded mouse. I've learned things with this. The first being that if you stick "gamer" in front of any technoscrattle, you can charge shitloads for it. Secondly - the corded mouse is going extinct. Less "no demand" but more "limited availability". You have to be willing to hunt around to find this little nugget. They can get more money out of you if they also sell a dongle, so there's less incentive to carry any of these bad boys at all.

With luck, I shall both be making a phone call and rummaging through my old iMac for information. I might just start getting things sorted. Huzzah. Fingers crossed.

I'm going to go off about something on Wordpress, today. But first - fiction.

They were privateers. They attacked pirate ships as their primary prey. However, there were times they attacked civilian vessels…

One of the squishier, timid alien species is marooned on a dangerous planet with their ship’s human. The…