...buggered up the butt by a cyclone, the next! 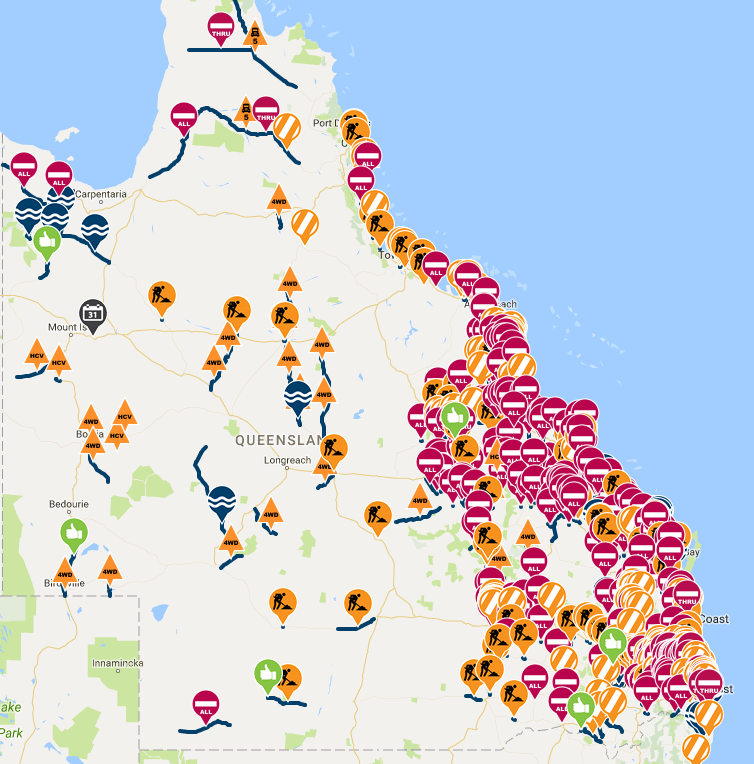 Doesn't quite fit the Australian Tourism Board's idea of advertising, but neither did The Scared Weird Little Guys' Come to Australia (You Might Accidentally Get Killed).

But this is definite proof that Earth is a Deathworld and Australia ups the overall rating.

As you might guess, we all weathered the storm. A bit of a blackout, but at least we all had hot food before the lights went out.

I did finally get to listen to Chess after slightly less than 30 years of missing out. This was hot shit in the 80's and today... I just wonder why. I remember excruciating rehearsals and standing up in front of the entire school singing I Know Him So Well for every single damn time that there was anything official happening at that school.

Every time. For the entirety of my stay at High School. I think I was picked because (a) I studied music for a time,1 (b) I'm an alto[encouraging all the other ranges to drown me out], and (c) I can at least keep a tune. But, God, I got firkin tired of I Know Him So Well.

Turns out that that song, and One Night in Bangkok are about the only decent songs there. The rest of them... well... they hurt my ears.

Now the rule I used to hold when purchasing music went, "If an album I don't know has at least two good songs on it, I'll buy it." Money was short in my youth and I was a fussy kid. But it was a rule I applied when listening to the samples on Steam Powered Giraffe's site before I knew them and it's a rule that has served me well. It also means that, out of slightly less than an hour's worth of music, there's a minimum of five minutes that will be good for my mood.

A double album set is just shy of two hours. There should be a minimum of four good songs on that shit. But no... there isn't. And that's just sad.

But I have loads more vinyl to play, media storage to invest in, and possibly even more singles to rescue.

And 1000 words to write in Rael, which is now wandering away from the source material of RTFM and headed thoroughly into unknown territory. I dunno what we're going to do for Unsuitable Food, today. Just about everywhere would be either shut or mopping up after the weather.

At least this cyclone didn't play "Not touching you" with our coastline like it did in the 20122 floods. It just ploughed straight into the mainland and turned into a big-arse tropical storm. Which is now headed out to sea to hang around and deliver rain to wherever for a while.

Love and best wishes to everyone who's suffered during the storm. I wish I could actually do something, but... I'm broke and the roads are fucked. Sorry about that.

The drawback to not paying any attention to the mainstream media is missing out on news bulletins like Cyclone Debbie. The typical summer weather is a bit late, this year, with cyclone season commencing in autumn proper, instead of late summer. Blame climate change.

I'm located south enough that cyclone season just gets us wet, most of the time, and flooded pretty often enough to be annoying. I'd stock up on frozen veg, but it's a bit difficult to get the cheap