Followers of this blog will know that I've been making this bread with added linseeds for my intestinal health. It works pretty well in my humble opinion, but it is something of a brick and nobody else in the family will touch it.

I had been pondering how to turn it into a cake-like object, but not doing much about it.

However, Chaos has been battling internal blockages and since she won't touch my bread, I had to get into making that cake-like object sooner rather than later.

To the original recipe, I added: 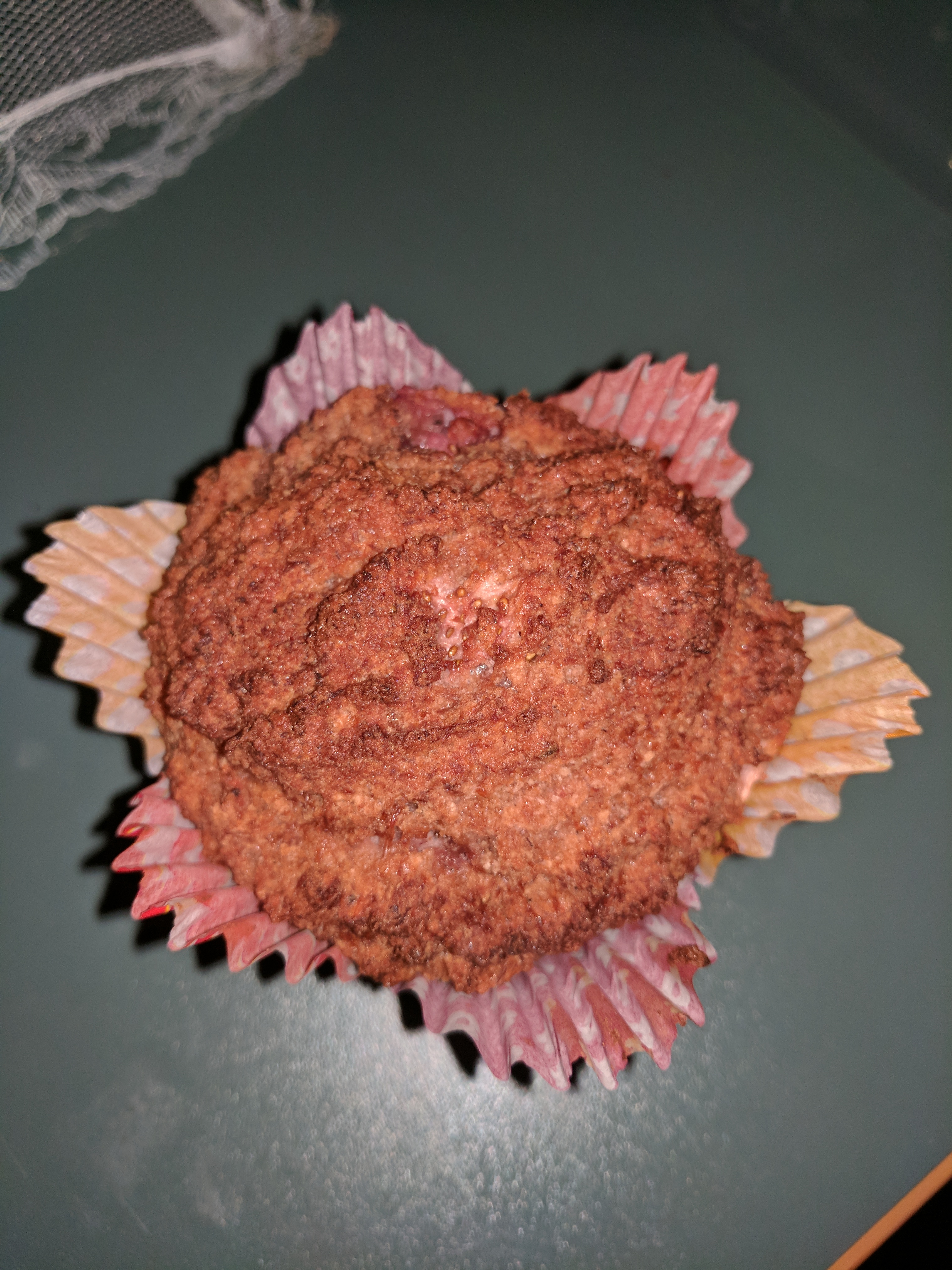 [Image shows a muffin from a top-down view. It is browned and beautiful, and you can see strawberry pieces in the crust]

...edible, I guess. Beloved tried one and shared bits with the family.

It was nice and moist -yay- but was neither detectably strawberry flavoured nor detectably sweet. I'm pretty sure real cake recipes measure their sweeteners in cups and not spoons.

Might be improved with a cream cheese frosting. As soon as I work out how to do that without buttloads of icing sugar.

Next iteration is going to involve two punnets of 'ugly' strawberries. See if I can force some flavour into this beast. I'm trying to keep artificial ingredients out of this [apart from the fake sugar], but if I have to use strawberry flavour, I guess I have to. But doubling down on the strawberry goop seems like a good idea.

And now it's time to wait for the bus.

Why would you... even need to hoax a moon. Like, if you had that ability. Why would you then…

"When chaos bears fruit, you eat first and think about the stomach ache later." -- RecklessPrudence It was the…