I am not getting dressed [Well, not in street clothes]. I am not doing much past the Instant I do every day, and posting yesterday's Patreon stuff because I ran out of time and energy to do it yesterday.

But I deserve a break because I got the garage from this: 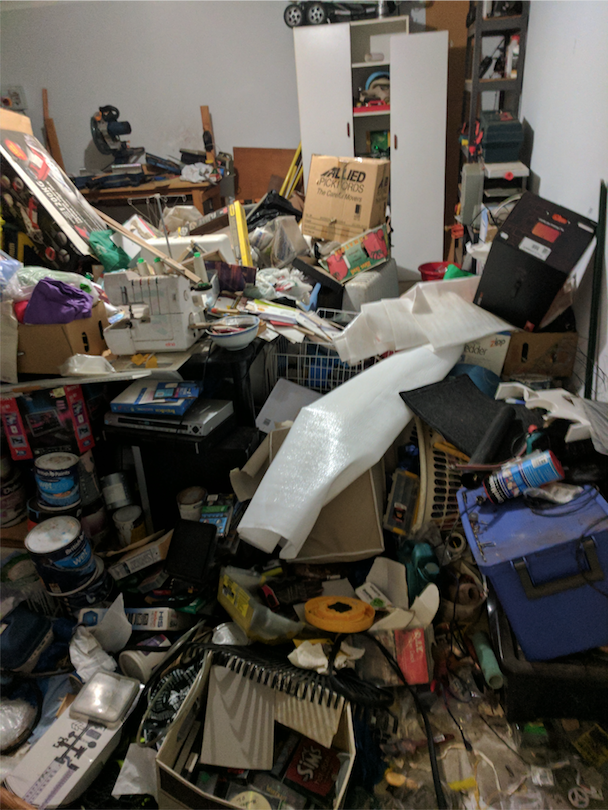 [Shown here: Garage space with the Tut's Tomb Before Carnarvon Got At It vibe] 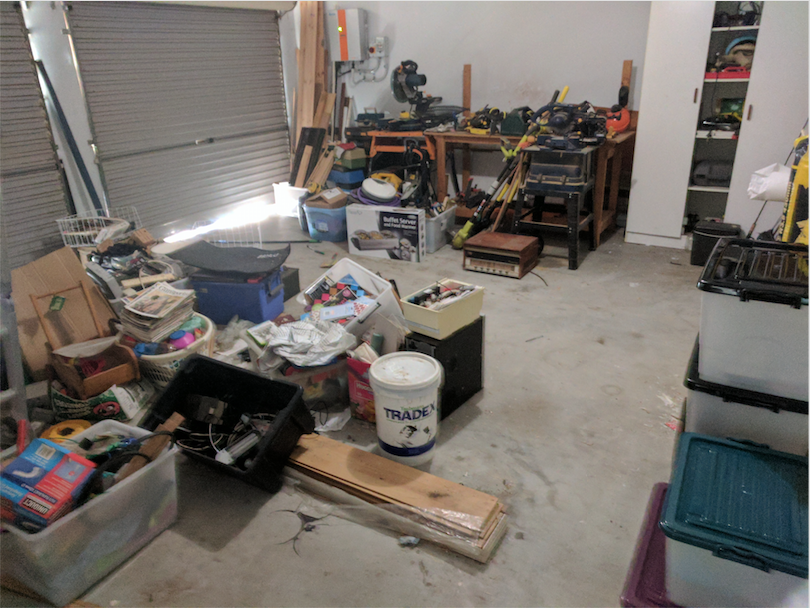 [Shown here: Garage space where you can actually see the floor. There is still some chaos, but at least it's mostly organised]

And yes, that is an old valve-run turntable in the background, there. I have a more modern version and I don't know what to do with that one. It's been dropped so there may be internal damages.

You should only play singles on it because the turntable's only big enough for those. That is, assuming it's still working and the mice and the bugs haven't got to it.

Considering the literal hill of garbage we chucked out of there, I think we did rather well. I found stuff we didn't know we had, stuff that hadn't been opened since it was bought home, and stuff I never knew why we were firkin keeping it.

And I wouldn't have been able to do it without Rick from CQS Cleaning Services. If they're in your area - hire them to help you. They're great at helping you out and even coming up with a budget-matching plan for unfucking your entire house.

Lots of the stuff I found has a destiny at St Vinnies.

But that's not for me to shift today. Today, I am having a day off.