It would seem to be something you'd see only in a cartoon or at a Phish concert, but according to park rangers in New South Wales, Australia, dozens of giant, fluorescent pink slugs have been popping up on a mountaintop there. "As bright pink as you can imagine, that's how pink they are," Michael Murphy, [...]

I'm putting this up for my GG fanpeeps because clearly there's a Spark at work in Australia somewhere... 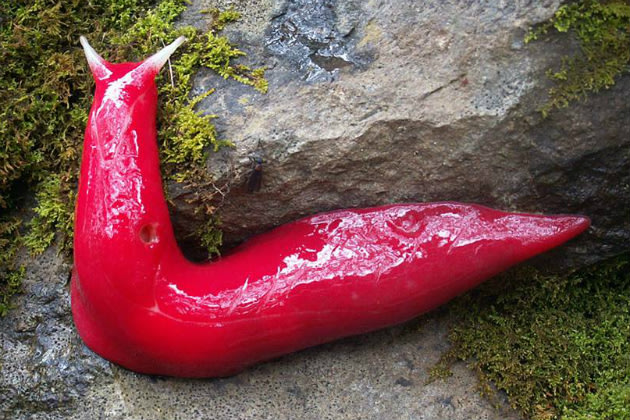 And, because this is AUSTRALIA we’re talking about, they’re probably flesh-eating/venomous/freaking toxic.

This is why those tree-hanging tents were invented, folks. Because of these things.