The blockage in my lungs is not preventing me from getting air, apparently. I've been taking the nebuliser to little or no actual effect. And certainly zero relief.

I couldn't sleep because of the blockage. It's a struggle to breathe in. So, long about midnight, we had the home service doctors swing on by and take a look at me. That's how I know my asthma meds are working, even though it feels like some invisible python is crushing my windpipe. Or some invisible hand is leaning on my sternum.

But I also found out about putting saline solution in my nebuliser to shift the glunk. So yay. One dose was enough to shift a pale ghost of a bronchial cast about an inch and a half long.

We improvised, last night, and it was enough for me to grab some sleep. Today, I shall be chatting with the local GP's about getting my grubby hands on some nebuliser-safe saline.

But in the meantime - Dress Drama!

I tried to rant about this via Tumblr Mobile and there's still no sign of any of my three attempts to post this, so... 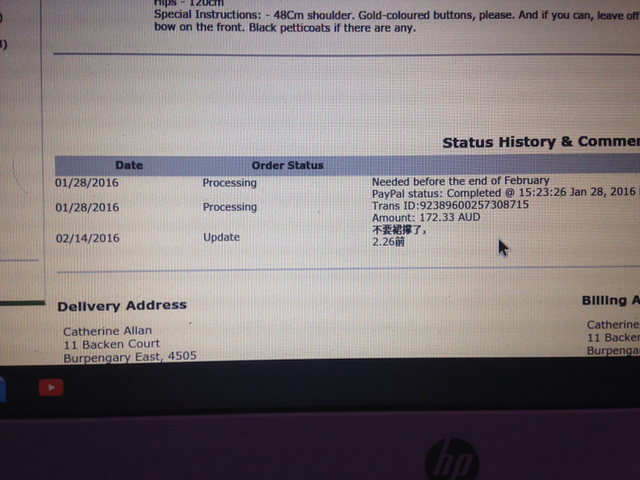 [Shown here: An update at last!]

According to google, the update reads: "do panniers, and 2.26 before " Which, according to our best guess at the time, meant that the dress of my dreams would be finished by the 26th. One day after my self-imposed deadline to give up on having it.

So, gasping for air and panicking, I went out to the local shops to see what replacements I could get in a hurry. 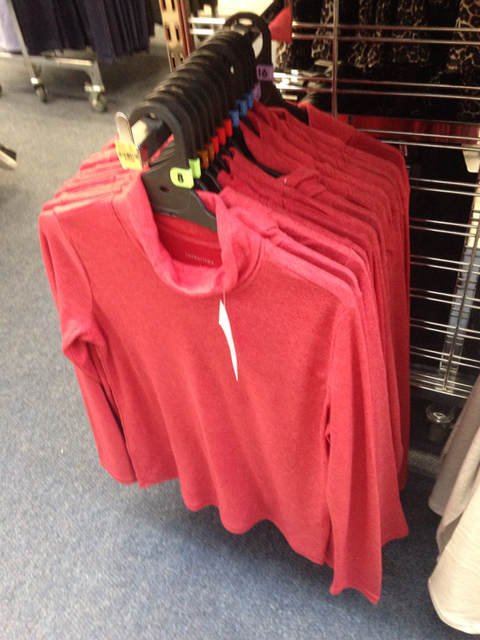 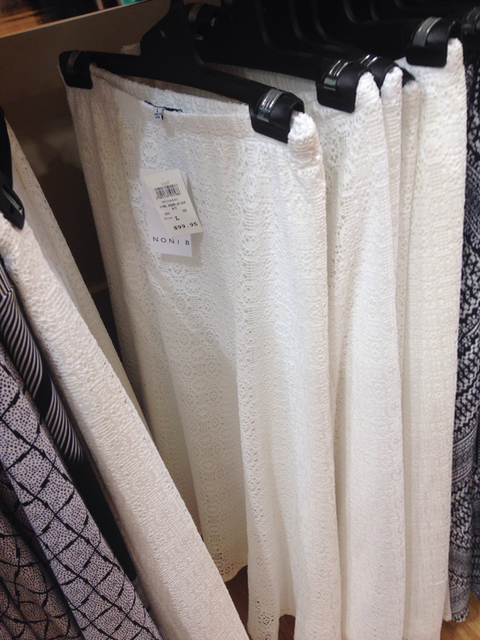 [Shown here: the only skirt with flare that they had anywhere]

Naturally, the prices were ludicrous and I thought up another solution real quick. The local St Vincents' shop has some nice, red shirts of a suitable variety, and I already own a singlet-sleeve dress (with a nice flare of skirt) that is white with a red pattern.

I could get the shirt for $7 and dye my dress for however much cheap red dye is worth and go in that, if it came to that.

And, late last night as I was gasping painfully for air, I got this email:

[Shown here: Message saying they'll ship the dress off on the 22nd]

It's squeaky bum time, folks. The dress of my dreams may just arrive under the wire, but it's going to be so close as to be heart-stopping.

I'm going to secure the shirt, at least, because places like St Vinnies have what you might call an unreliable stock. Getting in early is my best bet. Then it's just a matter of scouting out which shops have dye for relatively cheap.

It shouldn't take too long to turn my dress red if need be. I have the knowledge of dyeing.

One of our bathtubs is going to look spectacular though...

After The End, Flowey is brought to the surface too in a little flowerpot. Frisk totes him around everywhere.…

A child with a temporary tall, formally dressed, spooky friend. He has massive hands, a bone white head and.…