I'm taking it easy, but I need to go out and fetch a few things because Mayhem's lurgi is going around and has hit me upside the head with a sinus full of mucous.

Seems to always be the way. I'm within grasping distance of accomplishing neatness, I go down in a heap and suffer. Despite my best efforts to do otherwise.

But in the middle of wanting to burrow into my Pillow Fort of Solitude(tm)... I came up with what might be a brilliant idea. A social media platform that links up those who need with those who need a job.

Too sick to clean the house? Find someone who needs money or trade today who is willing to clean or help clean.

Need someone to pick up some things for you? There has to be someone who's willing to do it for time plus reimbursement.

We already have it with Uber. The difference here is that it's micro-employment that's not putting anyone else out of a job. And if you happen to be broke, there should be an option for trade [eg: I don't have a lot of money, but for some reason I have a whole bunch of bar soap and clothing that the kids have grown out of].

Beloved says it's do-able. The real trick will be getting people on both sides to sign up.

And now for a public service announcement.

Whilst I was trawling the interwebs for agents, I got to see a lot of this name: 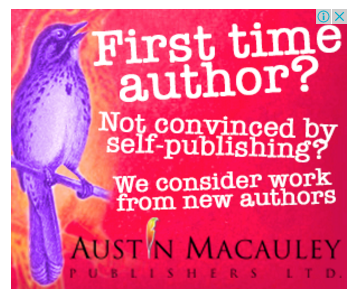 As you can guess by the subtitle, I had these shits pegged from the get-go. They seemed way too eager to get their hands on your shit. And, after a little bit of research, it turns out my gut was right. They'll charge you twenty-five hundred dollars to print a handful of books and let you attempt to sell your "free" copies all by yourself.

I can tell you from a standing start that if I had $2500 I wouldn't be wasting it on ego-publishing a meagre handful of books.

Rule one of publishing is: The Money Goes to the Author

If anyone tries to slide around that rule, they are predators after your money and nothing else. And worse, they might tie up copyright on a novel you really want to be out there, but they refuse to print.

Learn the signs, folks:
1. Way too eager to get your manuscript
2. Absolutely no sign of a submission process
3. Clearly no effort involved in the cover art for their 'success stories'
4. Lightning fast approval

Actual agents like to see a SAMPLE ONLY. They don't want your entire manuscript and will not ask for it unless they like your sample. It also helps to thoroughly read the submission guidelines as everyone has a different concept of a sample, what genres they like to see, and so on.

Those who do not read and obey the details in the guidelines get rejected with no further word from the people reading it. Only Asimov could get away with ignoring the guidelines, and that was because he was that firkin good. We are not Asimov. Read and double-check.

Anyway, I have a day to get through and I plan to spend a majority of it on the couch.

http://haberdashing.tumblr.com/post/146903793739/my-fever-thoughts-the-last-two-days There's got to be one species that's impressed by storytelling even if…

I finally found the full text of this! http://somebodiesdaughters.tumblr.com/post/118571240112/spacebat This brave little bat…