And no, dear Americans, I do not eat Australia's favourite black sludge spread by the cupload. I dissolve a teaspoon of it into a cup of hot water, thus creating Vegemite Soup. And a teaspoon a day is all you need to keep the bloodsucking critters away from your good hide.

Anyway. Today, I have panicked about: the location of my makeup colours [they were in a really obvious place the entire time], my ability to glue things [more on this later] and the fact that I actually did hork up a bronchial cast.

I've evidently been doing that last one for a while, I just didn't care to look, before, or know what they were. Yesterday's specimen was an inch long and featured some cauliflower-esque branches. Not as solid as the gross images you can google, but it had a definitive shape.

And now I'm having daymares about coughing one up onto someone special's outfit, because the specimen practically leaped out of my mouth while I was reaching for a tissue. Fun times.

And now I'm done with TMI... Glue. And crafting props. 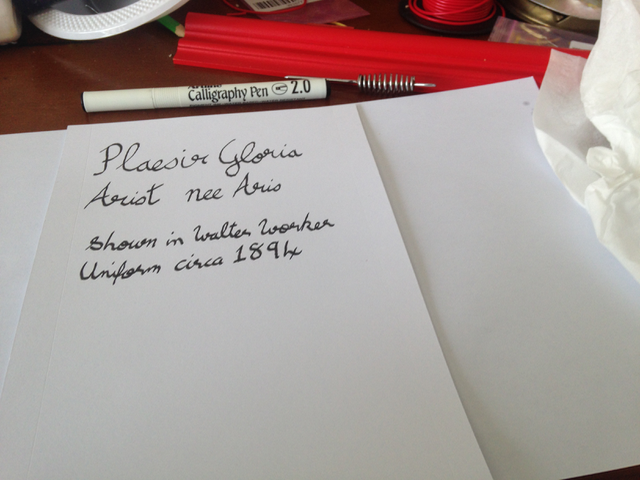 [Shown here: some calligraphy for the back of the "photo"]

I had to wait until the nebuliser shakes wore off before I scribed this. And it wasn't until hours later that I realised I'd left off the gag info: "Negative - do not expose to light"

I'm going to have to do it again because I left off her frelling nickname. Argh. Shoot me now.

Ah, Beloved is home, now. So maybe I can get them to do a better job on the calligraphy. They have a much neater and more reliable hand than I.

Onwards with the reset of it. 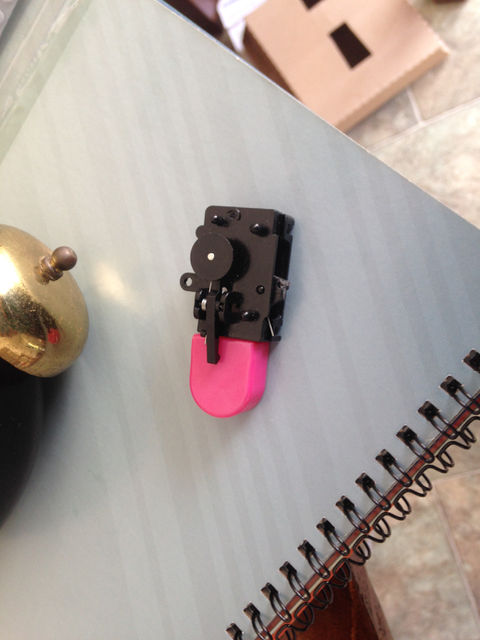 [Shown here: A minimized "clicker" unit from a rattle gun]

You know the ones. Pull the trigger and you get a machine-gun 'rattle' for a handful of seconds. They also come with the option for sparks care of a flywheel and a striker. 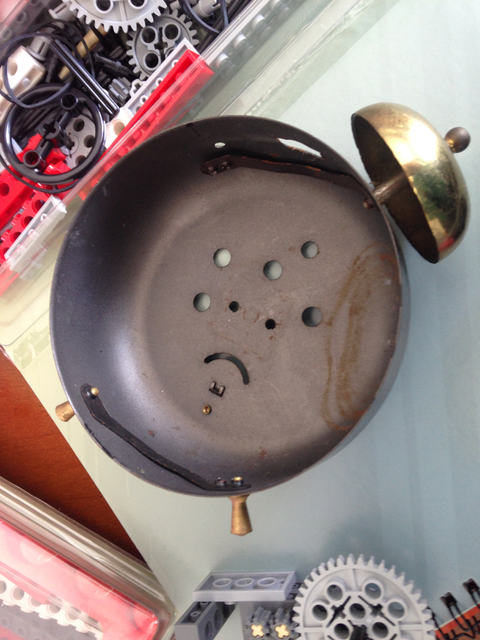 Once upon a time, I used to take apart broken alarm clocks for fun. I was that kind of child. This is the first time that I can recall ever using a part of one for something I wanted to do. I mean, besides using the teeny tiny screws from the clock to fix my glasses.

I would later be taking the metal flange leg off of the back because it proved to be a snagging problem.

And I left the bell on as a prompt for one of Bitzer's gags. Just so you know.

As you can see, there are lots of holes through which to poke bits and attach a crank. 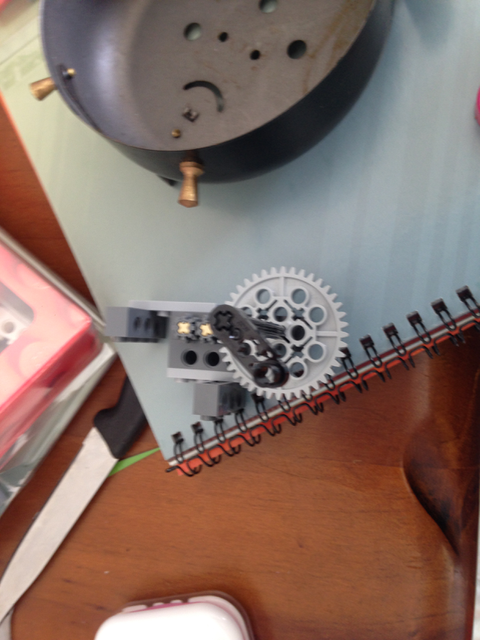 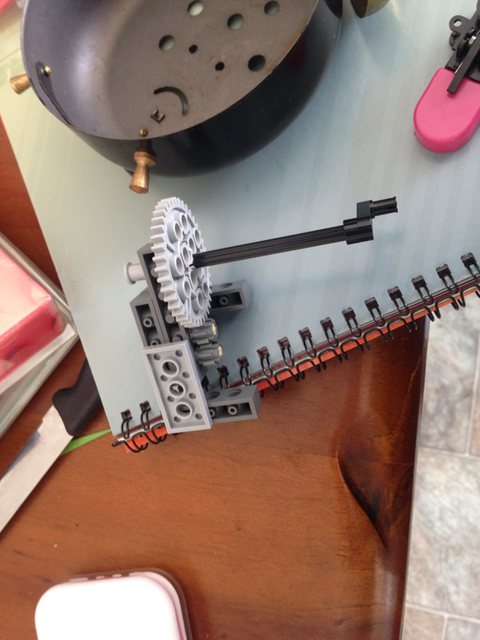 [Shown here: front and side views of the gears]

I needed something modular that I could put together with a minimum of fuss and bother, and a maximum amount of forgiveness in the tweaking. The solution seemed to be "grab a Lego Technic kit" and work from there.

But wouldn't you know it? All the Lego Technic stuff has motors and no gears, any more. So I got the next best thing: 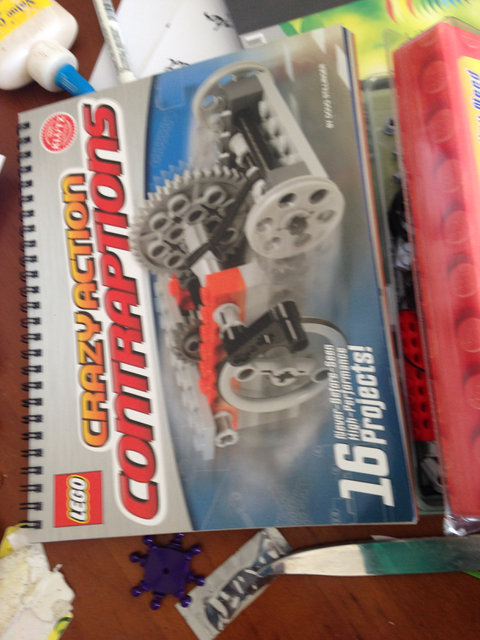 These cost $30 at Australian Geographic. I had to get two to make certain I had enough parts. 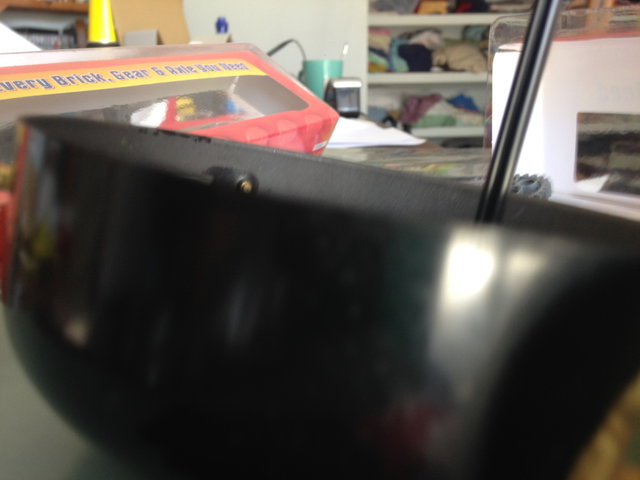 [Shown here: proof of concept. The device fits neatly into the casing]

It took me about ten goes to create an assembly that would stabilise the clicker, turn the wheel, and fit inside the casing. This with tremula and dropping bits all over the scenery.

I've since figured out that I can secure the finished device to the shell with bits of wire [paperclips] and it would still be in character. 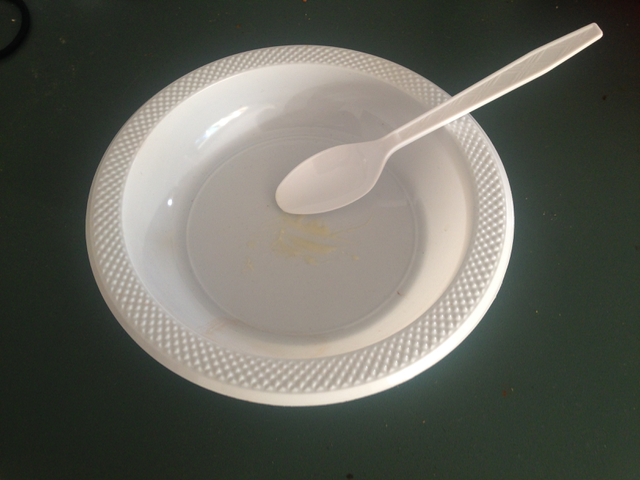 I only need the tiniest bits of Araldyte for my projects, so one small double-syringe has managed to last me three years so far. My Da used to mix his on scrap wood with paddle pop sticks [lollipop sticks?] whilst I have bulk plastic kitchenware.

This is the tiniest blob I could measure and it's still way more than I need. 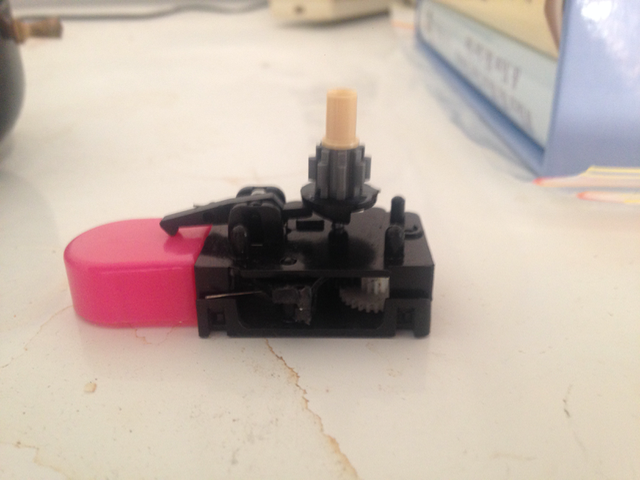 I finally committed! I glued the gear to the flywheel. Things can only fuck up beyond all comprehension, now. 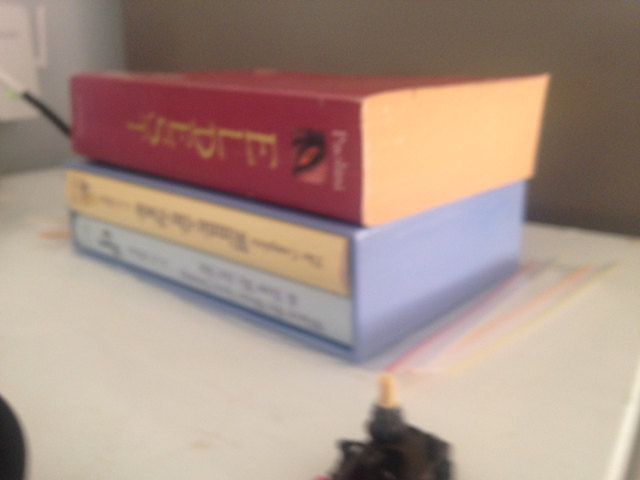 [Shown here: some really heavy books weighing down another project]

Last night, I had glued a black card to the calligraphy card with some PVA craft glue and a sponge brush. Both cards were sandwiched between sandwich bags and weighed down as you see here. 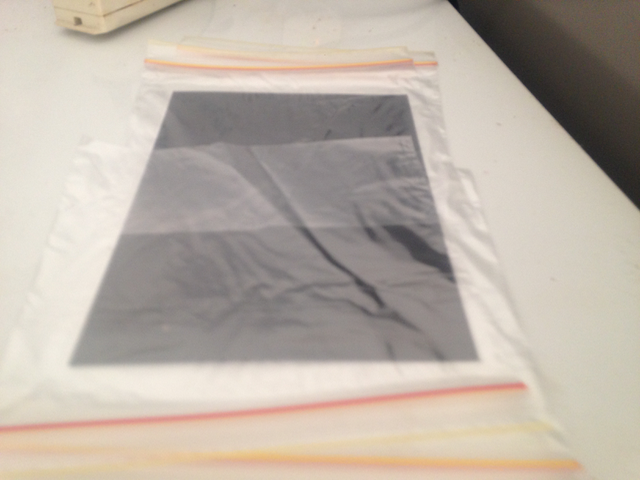 [Shown here: the cards in their protective layers]

At first glance, it all looked fine, but... 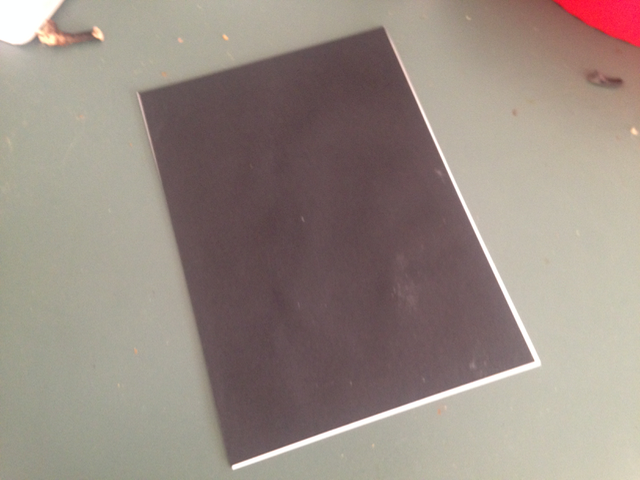 I would later realise that I'd managed to affix them slightly off-kilter. Oh well. The edges were supposed to be disposable anyway.

And I shall be getting Beloved to help me make a replacement. I frelled this one up big time. 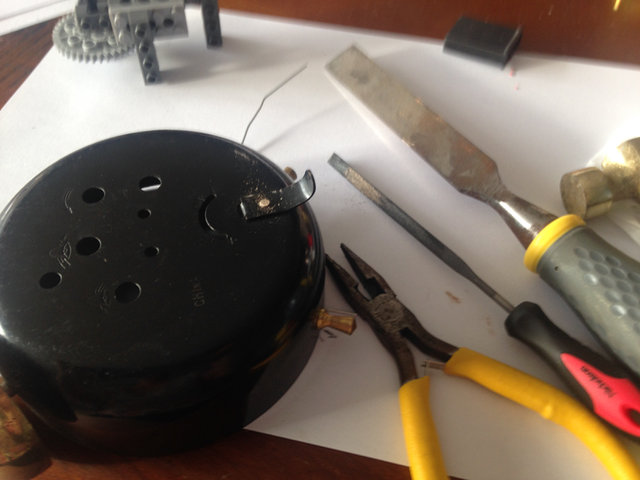 Whilst trying to figure out how to orient this on my bod, I realised that the sheet metal, third leg of the clock case was going to snag on absolutely everything and had to go. Now, since it was riveted and bent into place, I had to do some jiggery-pokery to get it off.

Which included: Chiselling the vent bit upwards, straightening it with pliers, and finally filing the rivent down to the point where I could wriggle the whole thing off.

Then it was just a matter of hammering the remaining part of the rivet down so I could winkle it out with the pliers.

I scuffed the case in the process, but spray varnish will stop it rusting in the long term.

And now I need to go cry about the frelled-up photo prop.

Challenge #01116-C019: One Relatively Quiet Evening by the Lake of Fire

So... how does Satan feel about this? http://radberto.tumblr.com/post/93236132738/sadyayo-i-always-thought-it-was-funny-as-shit (Couldn't find which of the…

"Is your brain EVER attached to your mouth?" -- Knitnan Of all the demons in all the multiverse that…